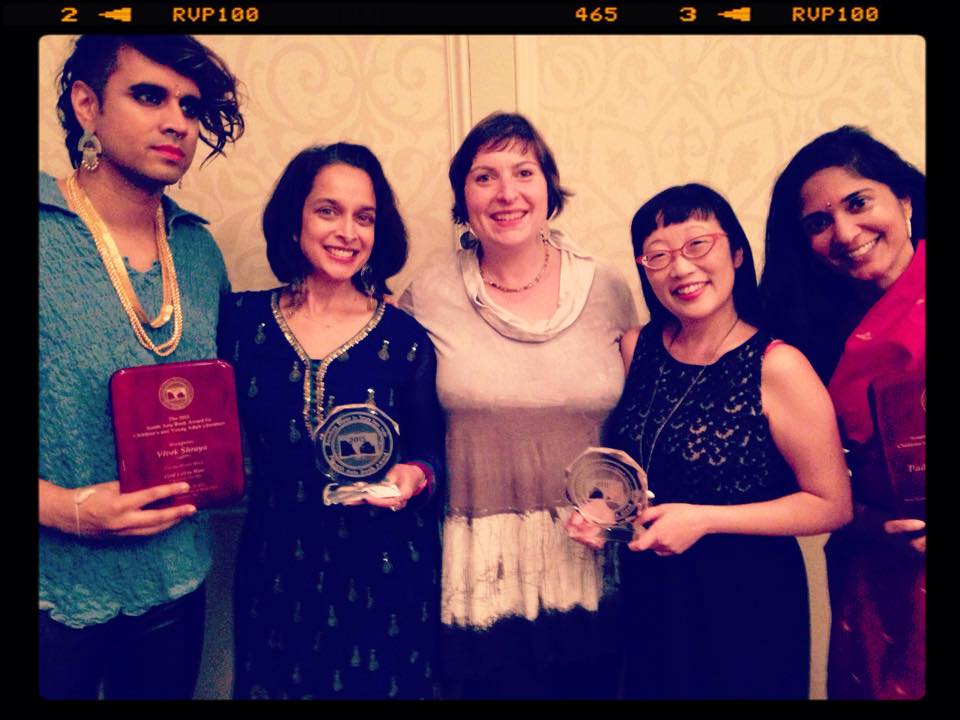 I’m still recovering from an intense but fun weekend in beautiful Madison, Wisconsin, where I was one of the winners of the 2015 South Asia Book Awards for my children’s picture book biography, TWENTY-TWO CENTS: MUHAMMAD YUNUS AND THE VILLAGE BANK (illustrated by Jamel Akib, Lee & Low Books 2014).  The South Asia Book Award is given by the South Asia National Outreach Council, of which the University of Wisconsin at Madison is a part. To find out more, go here: http://southasiabookaward.org

The South Asia Book Awards also took place during the Annual Conference on South Asia. This conference is a four-day event in Madison, WI where prominent scholars, students, professionals, and anyone interested in research on the region participate in research panels and roundtables, lectures and addresses, film screenings, booksellers, association receptions, and other special presentations. The conference first started in 1971 by the South Asian Studies department at the University of Wisconsin in Madison. YA novelist and accomplished singer/musician TANUJA DESAI HIDIER and I were the winners of this year’s award, along with the amazing honorees PADMA VENKATRAMAN and VIVEK SHRAYA. It was an honor and privilege to be amongst such talented writers and artists. (NOTE: To find out more about everyone, please click on their names for their links.)

I arrived on a gorgeous Thursday afternoon (Oct. 22, 2015). Having lived in Los Angeles since 1995, I forgot how beautiful the leaves are during the fall out in the Midwest. I immediately toured Madison, including climbing the stairs to the top of the impressive State Capitol for a view of the city, along with a brisk walk along Lake Monona. 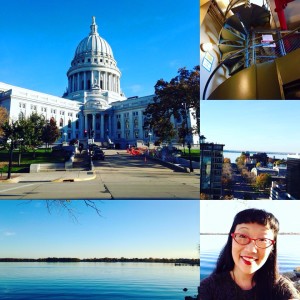 My tour of Madison included the State Capitol and Lake Monona!

I’m glad I had a chance to tour Madison when I arrived because it then rained for the next two days. (Madison was still lovely in the rain!)

TANUJA DESAI HIDIER and I bonded over our mutual love of foodie cuisine and music. In addition to being an accomplished author, Tanuja is also a professional singer/songwriter and musician. For her novels, she has recorded multi-media albums that specifically correspond with the themes and chapters in her books. She also does special readings where iconic music DJ REKHA improvises music along with Tanuja’s readings. 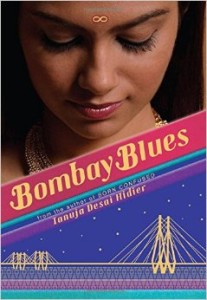 Tanuja’s debut novel BORN CONFUSED (Scholastic 2002) was named an ALA Best Book for Young Adults and is the first-ever South Asian American coming of age novel to be published in the U.S. Her new novel, BOMBAY BLUES (Scholastic 2014) was the sequel that won the 2015 South Asia Book Award.

I also loved meeting the lovely PADMA VENKATRAMAN. Not only is she the award-winning author of three critically acclaimed novels, but she is also a genius scientist who received her doctorate in oceanography at the College of William and Mary and conducted post-doctoral research in Environmental Engineering at Johns Hopkins University. 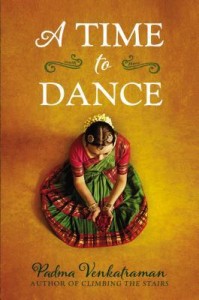 Her latest YA novel, A TIME TO DANCE (Nancy Paulsen Books 2014) was the 2015 South Asia Book Award honoree about a teen dancer in Chennai, India who loses her leg and re-learns how to dance. It has received many *starred reviews and has won many awards, including an ALA Notable and the International Board on Books for Young People Outstanding Book for Young People with Disabilities. You can visit Padma at her website here: http://www.padmasbooks.com  and her blog here: http://www.padmasbooks.blogspot.com

Afterwards, Kevin, Tanuja and I went upstairs because we heard they were serving Wisconsin’s famous squeaky cheese curds at the hotel’s bar lounge. (Ah ha! NOW you understand the title to this blog! LOL!) Unfortunately, we were too late and they were all gone. Tanuja was especially disappointed, but her good mood returned when she discovered they had replaced the cheese curds with yummy desserts! 🙂 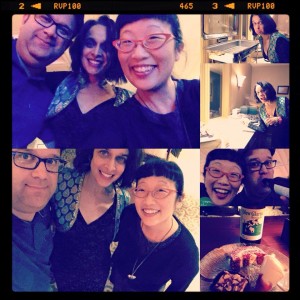 Kevin King, Tanuja Desai Hidier were unsuccessful in our quest for cheese curds, so we settled for the desserts instead.

The next day (Friday Oct. 23, 2015), all four authors went to separate schools for presentations about our books. I visited THE EAGLE SCHOOL, an independent non-profit K-8th grade school for gifted children. I spoke with three classes, the students ranging in age from 3rd to 7th grade. They were ALL adorable and super smart and curious. I was so impressed with both the students and their amazing teachers! 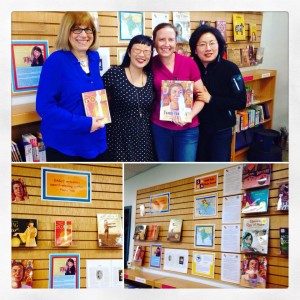 I had a blast visiting the awesome EAGLE SCHOOL (L-R: Teachers Ellen Blum, me, katie McEnaney, and parent Tiffany Lim)

During my school presentations, I talked about how I became a writer and what the book publication process was like, from the idea to the first draft to the submission to the publisher and the revision process followed by Jamel Akib’s sketches, the “dummy” (mock-up of the picture book putting sketches and text together) to the final “F&G” (fold and gather) print-out to the final product. I also talked about how I had the chance to interview Professor Muhammad Yunus as well. 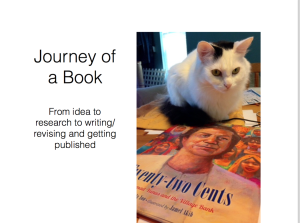 This was my school presentation Keynote slide show about the Journey of a Book from idea to publication. 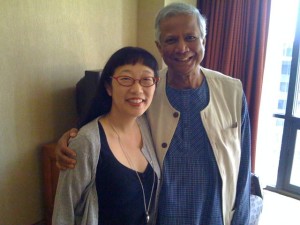 I showed the students a picture of Professor Muhammad Yunus and I after my interview with him.

After the school presentations, I met up with the authors to have lunch. I finally had a chance to meet the amazing multi-talented VIVEK SHRAYA. Vivek is a Toronto-based artist who works in literature, music, performance and film. His work includes TEN albums (wow!), four short films and three books. His debut novel, She of the Mountains, was named one of The Globe and Mail’s Best Books of 2014. Viveks writing has won many awards, including the 2014 Steinert & Ferreiro Award for leadership in Toronto’s LGBTQ community and an Honour of Distinction from the 2015 Writers’ Trust of Canada’s Dayne Ogilvie Prize. He is also a three-time Lambda Literary Award finalist. 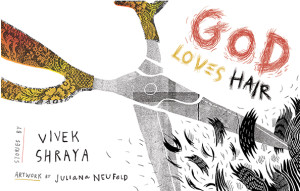 Vivek’s book, GOD LOVES HAIR (illustrated by Juliana Neufeld/Arsenal Pulp Press 2014) was a 2015 South Asia Book Award Honoree. It is a honest, raw and poignant collection of 21 short stories following the journey of a curious child of Indian origin as he “… navigates the complex realms of sexuality, gender, racial politics, religion, and belonging.” To find out more about Vivek, please visit his website here: http://vivekshraya.com You can also follow him on Twitter @vivekshraya and on Instagram at: https://instagram.com/vivekshraya/

Afterwards, we all had to get dressed up for the big award ceremony! The Center for South Asia held a lovely buffet banquet dinner for the South Asia Book Awards. For more info on this event, go here: http://southasiaconference.wisc.edu/299.htm 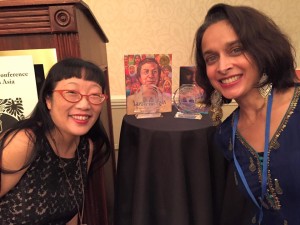 All four authors received their awards and gave brief speeches. I was so impressed and moved by Vivek, Padma and Tanuja’s heartfelt speeches. I myself spoke about the importance of diversity in children’s literature and about the important and inspirational work of Professor Muhammad Yunus who won the Nobel Peace Prize in 2006. 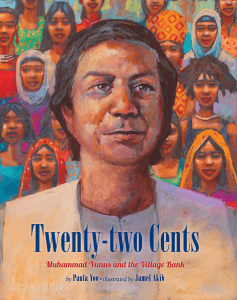 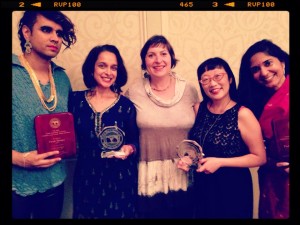 After the dinner ceremony, it was time to PARTY! We all went to the ballroom where Tanuja Desai Hidier showed a music video of one of her songs from her music CD BOMBAY SPLEEN that accompanied her book BOMBAY BLUES. She then did a reading accompanied by acclaimed DJ REKHA. Afterwards it was time for a Bhaṅgṛā dance party featuring the amazing work of DJ Rekha. 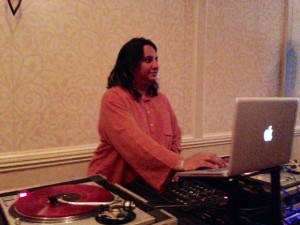 We were honored to have the ground-breaking and iconic DJ REKHA host the event’s Bhaṅgṛā dance party!

DJ Rekha is a London-born musician, DJ, producer, curator, and activist. She has a degree in Urban Studies from Queens College. She has been credited with pioneering Bhaṅgṛā music in North America. Her first album, DJ Rekha Presents Basement Bhangra, released in October 2007 on Koch Records, fuses the Indian genre of bhangra music with international hip-hop and drum beats. To find out more about DJ Rekha’s work and activism, here’s an article about her: http://www.theguardian.com/business/2014/dec/05/dj-rekha-cab-driver-music-viable-business She has also received praise from many media outlets, including The New York Times, CNN, The Village Voice and the Washington Post.

We danced ALL night! Afterwards, a group of us went out for late night burgers at Madison’s famous steakhouse, the Tornado Room!

Despite the dancing and late night, I still woke up in time for our panel, the “South Asia Book Awards Author Round-table Discussion.” Moderated by Kevin King, we shared our insights on our writing journeys as well as the importance of diversity in literature. Musicians Vivek and Tanuja also delighted the audience by singing before their presentation, and Padma had a fascinating slide presentation in which she discussed the topics of dancing and disability in her book. 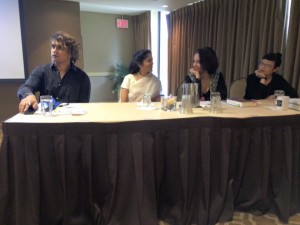 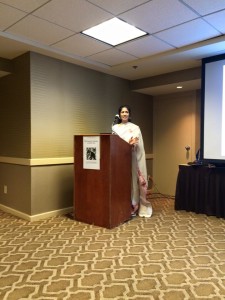 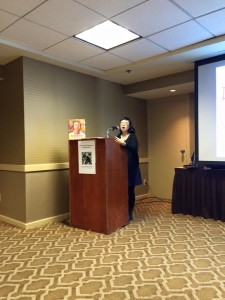 Paula Yoo shows the journey of her picture book from idea to draft to the artist’s first sketches to the final product. (photo courtesy of Emera Bridger Wilson
Associate Director at South Asia Center, Syracuse University) 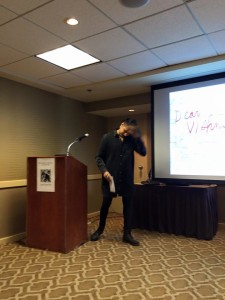 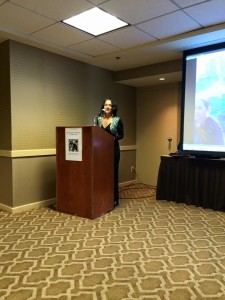 After the panel, we all had a lovely lunch. Thank you again to Rachel Weiss & the Center for South Asia at UW-Madison for hosting us all weekend! I’m grateful not only for meeting everyone but for also developing new life-long friendships with some incredibly talented and amazing people. 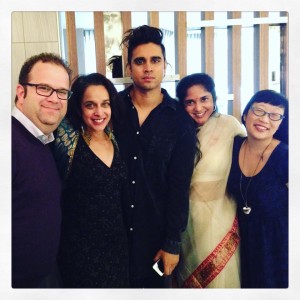 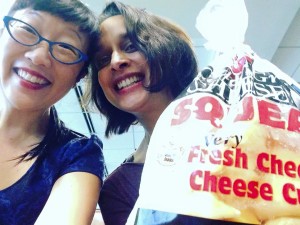 Thanks for reading my latest blog. I hope you enjoyed my trip to Madison, Wisconsin as much as I did! Grateful thanks again to everyone at the South Asia Book Awards (http://southasiabookaward.org) and the Center for South Asia at the University of Wisconsin-Madison for this incredible honor and once-in-a-lifetime experience. You can follow them here: https://twitter.com/acsamadison

And now it’s time for me to head back into the Writing Batcave. Until my next blog, you can follow me on Twitter @paulayoo and on Instagram here: https://instagram.com/paulayoo/

Until the next blog, as always, remember… HAPPY WRITING! WRITE LIKE YOU MEAN IT! 🙂